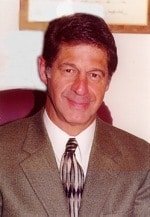 Vic Viereck was one of seven candidates to run for the new (if approved by voters) Valley City Council(12th District). He overcame the Daily News endorsements of two of his rivals, and won the election. While voters in the Valley supported the Valley’s independence, voters in the rest of Los Angeles defeated it.

Since 1992, Vic Viereck has volunteered at the Southland Regional Association of Realtors where, he serves on the Professional Standards Committee, and has served on the Grievance and Government Affairs Committees (still a member). He served on the North Hollywood Project Area Committee for the North Hollywood Community Redevelopment Agency, is an active member of the Valley Industry and Commerce Association, the California Housing Providers Coalition, the Universal City North Hollywood Chamber of Commerce, Greater Valley Glen Neighborhood Council (as its first Treasurer, until February 2006, and again starting in July 2008), and the Valley Alliance of Neighborhood Councils. In July 2003, Vic was elected as Chairman of the UCNH Chamber of Commerce Government Affairs Committee, and is President of the Chamber’s Board of Directors. On the Project Area Committee, he actively sought to make the extravagant Community Redevelopment Agency accountable to the public. He was also the President of the Kiwanis Club in North Hollywood from October 1, 2004 through September 30, 2005. As an active member of the Los Angeles Affordable Housing Crisis Task Force, Vic Viereck opposed the majority’s recommendation of an additional $95 million of taxes annually. He wrote the task force’s minority report, which is in the Appendix of the resulting report “In Short Supply”.

Nominated by the Apartment Association of Greater Los Angeles, Vic is one of three apartment owner representatives on the City of Los Angeles seven member Citizens Oversight Committee regarding the study of the Rent Stabilization Ordinance. Through the Greater Valley Glen Council he was appointed to the South (San Fernando) Valley Budget Committee, and elected from there to the Mayor’s Regional (Neighborhood Council) Budget Committee.

For information on Vic’s other community and volunteer work, please see www.vicviereck.com.