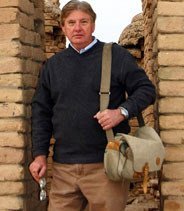 East-West News Service editor and senior correspondent David DeVoss joined Valley Vote in 1999 and actively championed the Valley cityhood effort. He has been a professional journalist since 1968 when he joined the Time-Life News Service as the youngest staff correspondent in the history of Time Magazine. He worked in Houston, Montreal and Detroit before becoming a war correspondent at age 24 in Saigon. After four years in Los Angeles covering the music industry, he returned to Asia in 1977 serving as Time’s Hong Kong correspondent and Bangkok Bureau Chief before moving to Mexico City to report on the wars in Central America.

In 1998, after 30 years in journalism, DeVoss entered the field of International Development. He headed a $2.5 million print media development program in Bosnia & Herzegovina before moving to East Timor where he helped a number of struggling publications become sustainable by helping the UN Transition Authority establish a print media consortium.

DeVoss served as the Senior Information Officer for the U.S. Agency for International Development in Baghdad in 2004 and 2005. From 2008 to 2013 he worked as the Director of Communications on USAID projects in Afghanistan and Iraq, the latter a $192 million effort to create a private sector in the previously state-centralized economy.

The author of seven books, DeVoss also serves as a part-time Visiting Professor at the Hebei Institute of Communications in Shijiazhuang, China